Why the Courts Support the Bible in School

The Rights to Donate, Receive, Teach, and Read the Bible in School 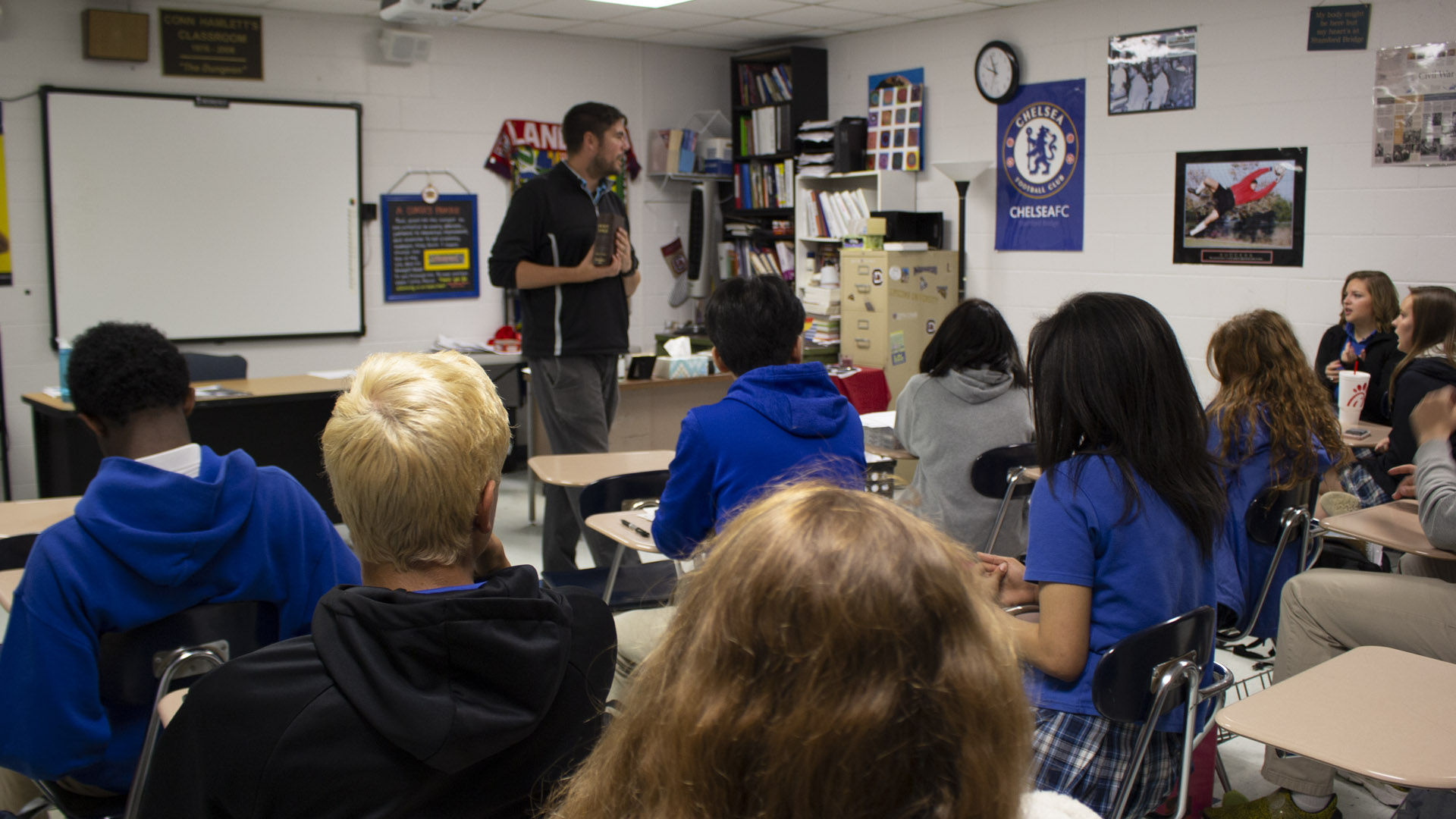 "...the Bible may constitutionally be used in an appropriate study of history...."

The Rights to Donate, Receive, Teach, and Read the Bible in School

The courts have given educators clear guidelines concerning the use of the Bible in school. In Abington School District v. Schempp (1963), the Supreme Court ruled the Bible may be used in academic curriculum, provided the use is not a part of religious worship but rather a part of a secular program of education.

The Right to Donate

Regarding the right to donate the Bible to a school, the courts have consistently held that school boards have broad discretion in determining and purchasing textbooks and deciding curriculum (see Meyer v. Nebraska (1923), Pierce v. Society of Sisters (1925), and Epperson v. Arkansas (1968)). However, donated books are not required reading.

Per Board of Education v. Pico (1982), as a result of the optional nature of donated books, they are reviewed under First Amendment jurisprudence. In Martin v. Struthers (1943), the Supreme Court ruled, “The right of freedom of speech and press…embraces the right to distribute literature, and necessarily protects the right to receive it.”

Thus, we have the right to donate the Aitken Bible to a school.

The Right to Receive

Yet, what would the courts say to a school that refuses to receive the donation of a Bible? While it is true the First Amendment provides that “Congress shall make no law respecting an establishment of religion,” courts consistently hold that the First Amendment, through the Establishment Clause, mandates governmental neutrality “...between religion and nonreligion” (see McCreary County v. ACLU (2005)).

Therefore, for a school to deny a donation of a Bible could constitute hostility towards a religion, if the conduct of the school amounts to the disapproval of the religion or religious teachings. Per McCollum v. Board of Education of School District (1948), “...hostility to religion or religious teachings….would be at war with our national tradition as embodied in the First Amendment’s guaranty of the free exercise of religion.”

Thus, educators have the right to receive the Aitken Bible into a school.

The Right to Teach

Regarding the right to teach about the Bible at a school, the Supreme Court stated, “...the Bible may constitutionally be used in an appropriate study of history, civilization, ethics, comparative religion, or the like” (see Stone v. Graham (1980)).

In Wiley v. Franklin (1979), the court went a step further, ruling, “To ignore the role of the Bible in the vast area of secular subjects...is to ignore a keystone in the building of an arch, at least insofar as Western history, values and culture are concerned.”

In the definitive word on teaching about the Bible at a school, the Supreme Court declared in Abington School District v. Schempp (1963):

...it might well be said that one’s education is not complete without a study of comparative religion or the history of religion and its relationship to the advancement of civilization. It certainly may be said that the Bible is worthy of study for its literary and historic qualities. Nothing we have said here indicates that such study of the Bible or of religion, when presented objectively as part of a secular program of education, may not be effected consistently with the First Amendment.

Thus, educators have the right to teach about the Aitken Bible at a school.

The Right to Read

To further support the assertion that students should have access to the Bible at school, in Roberts v. Madigan (1989), the court stated:

...it is inconceivable that the Bible should be excluded from a school library. The Bible is regarded by many to be a major work of literature, history, ethics, theology, and philosophy. It has a legitimate, if not necessary, place in the American public school library. In this central location, it is available for voluntary perusal and study by young students possessing inquisitive minds. Youth is the time for students to explore great works of history and literature. To deprive a public school library's collection of the Bible would, in the language of Justice Robert Jackson, render the educational process “eccentric” and incomplete.

Thus, students have the right to read the Bible in a school.

The Aitken in Academia

To reiterate our view, the Aitken Bible is historically significant as a primary source of the American Revolution. Indeed, “The Bible of the American Revolution” stakes three notable claims: 1) the only Bible approved by the United States Congress, 2) the only Bible recommended to Americans by our Founders, and subsequently, 3) the first English Bible made in America (see Journals of Congress, September 12, 1782).